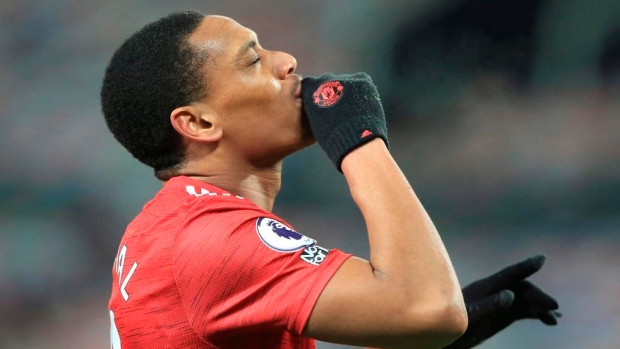 Ralf Rangnick says any issue with forward Anthony Martial has been settled.

His pronouncement comes days after the interim Manchester United manager said that the France forward "didn't want to be in the squad" for the Red Devils' 2-2 draw with Aston Villa on Saturday. Martial denied the claim.

"I had a conversation with him on Sunday," Rangnick said during Tuesday's media availability ahead of Wednesday's match with Brentford. "The matter is now resolved."

In his seventh season since a move from Monaco, the 26-year-old Martial has made just seven league appearances for United this season. Late last month, he indicated to Rangnick that he sought a move away from Old Trafford.

The German wouldn't tip his hand regarding Martial's future.

"He didn't train yesterday and the day before yesterday," Rangnick said of Martial. "He will probably train today and after training I will then take the decision if he is nominated or not [for the match squad]. Let's see what will happen there."

After having missed out on the weekend match, forwards Cristiano Ronaldo and Marcus Rashford are fit to return.

Midfielder Paul Pogba, out since November, remains out despite returning to training this week.