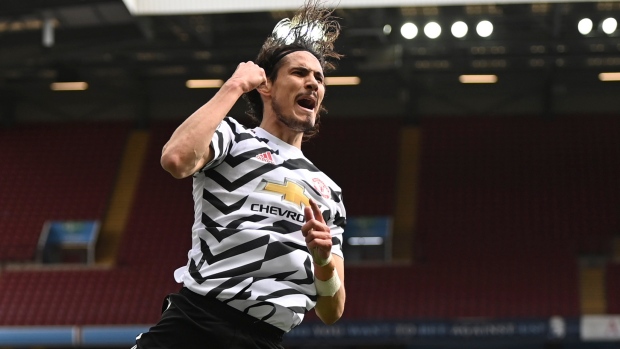 Edinson Cavani will not be traveling with Manchester United for their Tuesday Champions League opener with Swiss side Young Boys.

Red Devils manager Ole Gunnar Solskjaer says the 34-year-old Uruguay striker picked up an undisclosed injury and will be out of action for "a week or so."

Cavani did not dress for United's 4-1 win over Newcastle on Saturday.

In his second season with United, Cavani has made one league appearance thus far in the new season after scoring 17 goals in his first campaign with the team.

Cavani's spot on the 22-man roster will be taken by 19-year-old Sweden under-21 forward Anthony Elanga.

United has met Young Boys once before in Champions League action, drawn together in the 2018-2019 group stage. The Red Devils won both matches.

Villarreal, the team that beat United on penalties last spring to claim the Europa League title, and Atalanta are the two other clubs in Group F.