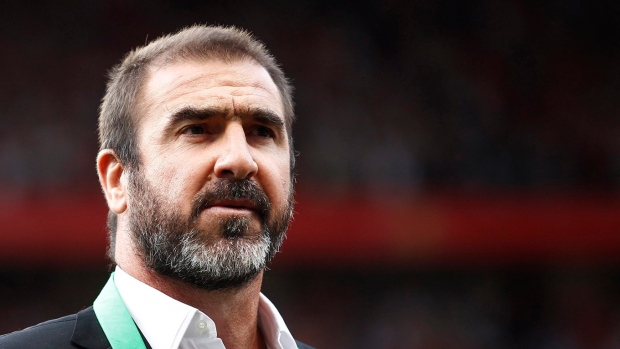 The nascent Premier League Hall of Fame doubled in size on Tuesday with the inductions of forward Eric Cantona and midfielder Roy Keane.

The pair of Manchester United captains join Alan Shearer and Thierry Henry, who were the first to be honoured late last month.

Cantona and Keane are the first of six inductees to be announced in the coming days.

"I am very happy and very proud, but at the same time I am not surprised," Cantona said in a statement. "I would've been surprised not to be elected. I have been lucky to play in this team, with wonderful players, a wonderful manager and wonderful fans. We won and it was the football I dreamed about because Manchester United, it's a club where they want to win things but in a good way."

Cantona came to Old Trafford midway through the 1992-1993 season in a £1.2 million move from Leeds that was met with anger from Whites fans. The Marseille native almost immediately became a cult hero at United, where he would spend the remainder of his career until his retirement in 1997 at the age of 30.

In five seasons with United, Cantona scored 64 Premier League goals in 143 appearances and 85 goals across all competitions. With the Red Devils, Cantona won four Premier League titles and a pair of FA Cups.

"After 26 years, Manchester United finally won the league and it was the first year for the Premier League also," Cantona said. "I've been lucky to play in this team with wonderful players and a wonderful manager, wonderful fans. It was the football I dreamed about. When I was young, I grew up with Holland, and Ajax Amsterdam with the generation of Johann Cruyff. It was total football. It was a football so inspiring.

"I've been lucky to play in this Manchester United team, because we played wonderful football and we won trophies. We worked hard, very hard. Don't forget we had to work hard and then we became confident. With this confidence we could enjoy and play wonderful football."

A native of Cork, Ireland, Keane says he's grateful for the honour, but heaped praise upon his teammates.

"I feel very lucky to be inducted but I've only been inducted because of the players I've played with," Keane said.

The bruising Keane played in the inaugural Premier League season in 1992-1993 with Nottingham Forest. After Forest's relegation, Keane moved to United in a £3.75 million move, which was a British record transfer at the time.

At Old Trafford, Keane filled his cabinet with silverware. In 13 seasons with the club, Keane won seven Premier League titles, four FA Cups and was a member of Sir Alex Ferguson's legendary 1999 team that claimed the treble - winning the Premier League, FA Cup and Champions League in the same season.