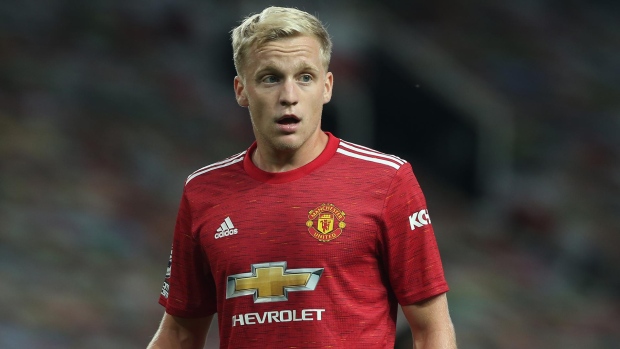 "It says a lot about our depth of quality that we don't have to use him in every game, it says it all about our ambitions," Solskjaer said of the £35 million signing from Ajax.

Van de Beek, 23, has only made seven appearances for the team this season and his only two starts have come in the League Cup. He was an unused substitute during Saturday's 0-0 draw with Chelsea.

Solskjaer said that congested fixtures this season mean that the whole squad will be used and that he doesn't agree with pundits' assessments that van de Beek is being underutilized.

"It's nice for some players and commentators to have a little go," Solskjaer said of comments from TV analysts. "I know you're short on time on television and have to put your point across quickly, but you have to know you don't have to start the first three games to know you're an important part of the squad. I'd be disappointed if some of my teammates said I wasn't important at Manchester United but I didn't start many games. Donny will be very, very important for us. Don't worry about that."