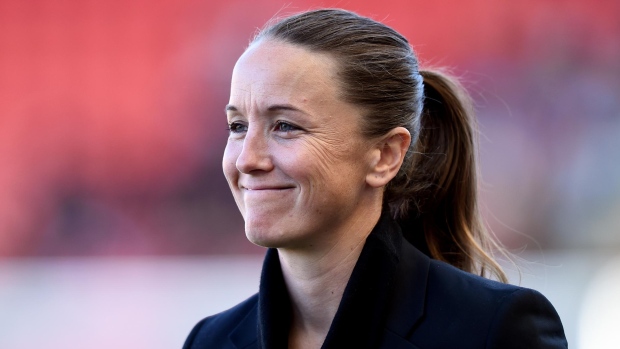 Casey Stoney's days as head coach of Manchester United Women are coming to an end.

"“It has been an honour to lead the women’s team at this great club and this has been an incredibly tough decision," Stoney said in a statement. "Having come on board to start the team from scratch, then winning the Women’s Championship in our first season, we have now successfully established the team as a force in the Women’s Super League."

The club's first ever manager, Stoney led United to a fourth-place finish in the Women's Super League this season, missing Champions League qualification by a single point. A poor run of form saw United win just five of their final 10 matches.

“Casey has been a driving force behind the success of our Women’s team since she joined the club in 2018," United vice-chairman Ed Woodward said. "She has been an inspiration to her players and staff, to everyone at the club, and to the fans. Everyone at Manchester United thanks her for her unstinting hard work and dedication and pays tribute to her achievements. She will always be part of the Manchester United family."

A native of Essex, Stone was capped 130 times by the Three Lionesses and played in three World Cups. Domestically, Stoney played for Arsenal, Charlton, Chelsea, Lincoln and Liverpool over her 20-year professional career.