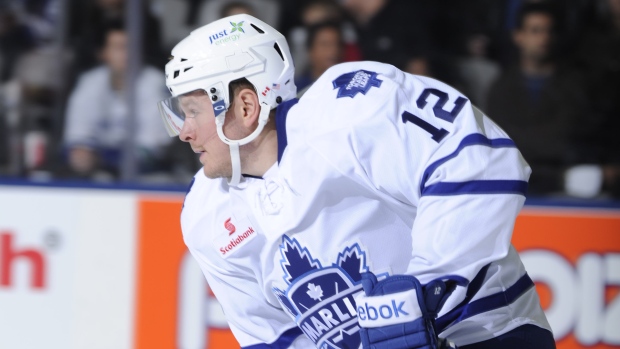 Toronto Maple Leafs right winger Matt Frattin has cleared waivers and will report to the Toronto Marlies of the American Hockey League.

Frattin, 26, has only appeared in six games for the Leafs this season in which he is scoreless. Originally drafted by the Leafs, he was reacquired in the offseason from the Columbus Blue Jackets for forward Jerry D'Amigo.

The team has also placed centre Petri Kontiola on unconditional waivers for the purposes of terminating his contract.

Drafted by the Chicago Blackhawks in 2004, the 30-year-old Finn has spent the last five seasons in the Kontinental Hockey League after failing to crack the NHL. He signed a one-year, $1.5 million deal with the Maple Leafs last summer, but was unable to make the team in training camp and was reassigned to the Marlies.

In 11 games with the Marlies this season, Kontiola has no points.

Kontiola is expected to return to the KHL if he clears waivers.