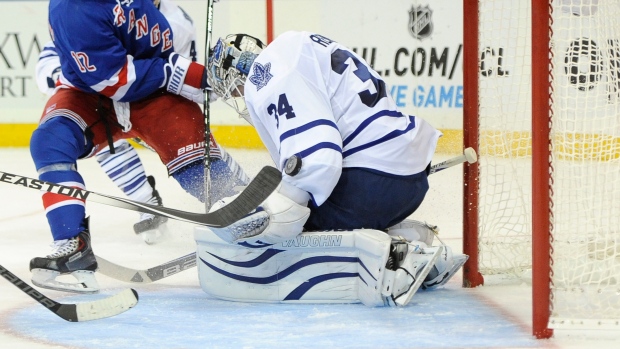 While covering the puck at the side of the net, Reimer's head was struck by the knee of Moore. After a lengthy conversation with the Leafs athletic therapist, Reimer was removed from the game.

Reimer said after the game he was "fine" but league protocol dictated he leave the game. The goaltender added he intends to practice on Monday with the team.

Jonathan Bernier entered in relief and allowed one goal.

Reimer made 24 saves on 26 shots before exiting.

The 26-year-old has a history of neck and concussion issues.