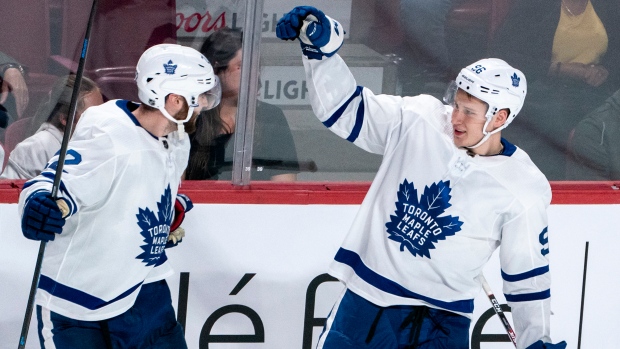 The Toronto Maple Leafs continued to trim their training camp roster Saturday morning, most notably placing defenceman Ben Harpur and Jordan Schmaltz on waivers for the purpose of being reassigned to the AHL's Toronto Marlies.

Harpur, 24, was acquired from the Ottawa Senators while Schmaltz, 25, was picked up from the St. Louis Blues this summer.

As TSN's Kristen Shilton points out, the Maple Leafs have 28 players, including 17 forwards, nine defenceman and two goalies, still left on their training camp roster and need to cut that down by five before Wednesday's season opener against the Ottawa Senators.

Toronto wraps up their preseason schedule Saturday night against the Detroit Red Wings.