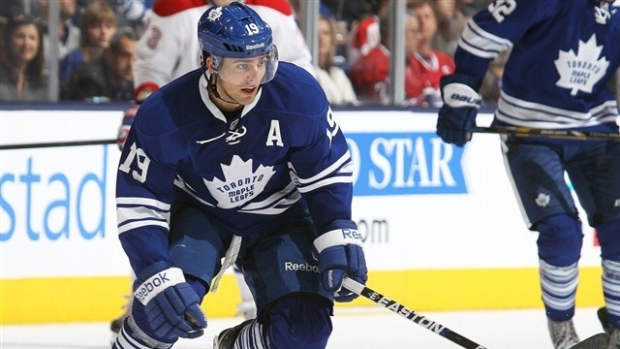 Joffrey Lupul's injury woes with the Toronto Maple Leafs continued New Year's Day as the club placed the forward on injured reserve with a lower-body injury.

Lupul, 31, suffered the injury in Boston during a win over the Bruins Wednesday night and is scheduled for a MRI.

He has nine goals and eight assists in 26 games this season with Toronto.

Peter Holland, who also suffered an injury (upper-body) against Boston, did not make the trip to Minnesota and will be evaluated in Toronto.

Greg McKegg has been called up from the Toronto Marlies to fill the void. He has seven goals and eight assists in 23 games in the AHL this season.

In other lineup news, Tyler Bozak did not practice Thursday because of a death in his family, but will play Friday against the Wild.

Richard Panik, who's sat out the past two games for precautionary reasons, is likely to return tomorrow against the Wild.