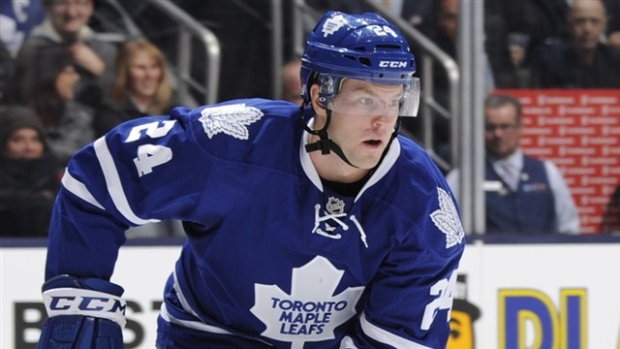 Holland's deal is for one-year and is worth $1.3 million. He went unclaimed on waivers over the weekend.

The former first-rounder had nine goals and 27 points in 65 games for the Leafs last season.

In 195 career games split between the Leafs and Anaheim Ducks, Holland has 30 goals and 69 points.

Corrado, 23, registered one goal, five assists and 26 penalty minutes in 39 games in his first season with the Maple Leafs.

The Leafs claimed the Toronto native off waivers from the Vancouver Canucks in early October of 2015.

Corrado was drafted in the fifth round (150th overall) in the 2011 NHL Draft. He has three goals, five assists and 30 penalty minutes in 67 career games with the Canucks and Leafs.