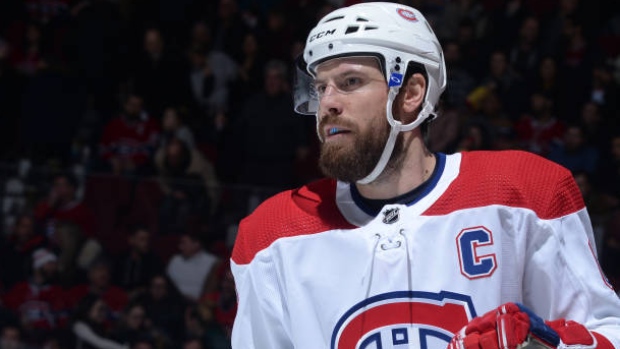 Montreal Canadiens general manager Marc Bergevin was asked this week by TSN Hockey Insider Pierre LeBrun to name a trade he looks back fondly on and answered without hesitation.

"Shea Weber," Bergevin told LeBrun for The Athletic. "Bringing a player of that calibre and culture to the Montreal Canadiens, both short term and long term; the culture stays for a long time. Players sometimes come and go, but to be able to bring a leader of that quality that’s respected not only around his own teammates but also around the league, it means a lot. I think that’s something we really had to do, and we did it. And we’re glad we did it."

Sat down with GM Marc Bergevin this week as he enters his eighth season at the helm of the Montreal Canadiens. We touched on a number of topics including when I asked him what was his favourite trade to date. There was no hesitation. Enjoy: https://t.co/Csc21WMmF6

The Canadiens acquired Weber from the Nashville Predators in 2016, sending defenceman P.K. Subban back the other way.

Weber, who was named captain of the Canadiens ahead of last season, has 37 goals and 91 points in 162 games since joining the team, missing significant time due to knee and foot injuries.

The 34-year-old has seven years remaining on his contract at an annual cap hit of $7.857 million.

Subban, who was traded by the Predators to the New Jersey Devils earlier this summer, has 35 goals and 130 points in 211 games since the trade.