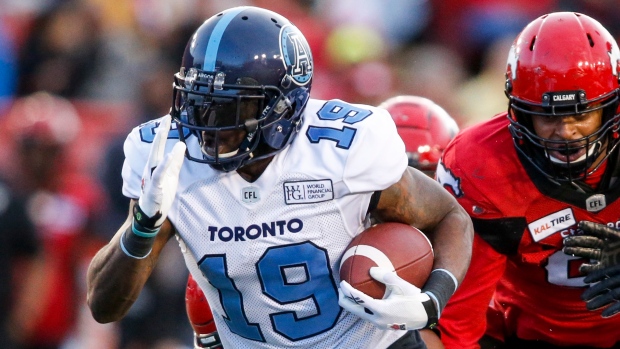 Former CFLers Marc Trestman and S.J. Green have reunited in the XFL.

Green, who recently signed with the Seattle Dragons, was acquired in a trade on Tuesday by the Tampa Bay Vipers, who Trestman serves as head coach and general manager for in the revamped XFL's inaugural season. In exchange for Green, the Vipers sent linebacker Korey Toomer, who spent last season with the BC Lions, to the Dragons.

Trestman and Green worked together for several years in the CFL, first beginning in Montreal with the Alouettes where the pair were together for five seasons (2008-12) when Trestman was the team's head coach and Greene was a player on the team. During their time together in Montreal, the team captured two Grey Cups (2009, '10). Trestman and Greene later reunited as members of the Toronto Argonauts (2017-18), whom they helped win the 2017 Grey Cup.

Trestman was out of professional football after being fired by the Argonauts following the 2018 season, and has now relaunched his career with the Vipers. Meanwhile, Green found himself looking for a new team to play for after requesting his release from the Argonauts in February.

Green, who has 13 seasons in the CFL under his belt, owns 10,222 career receiving yards and 60 touchdowns to go along with 716 receptions.

Trestman's Vipers are currently 0-2 after losing their first two games of the season.