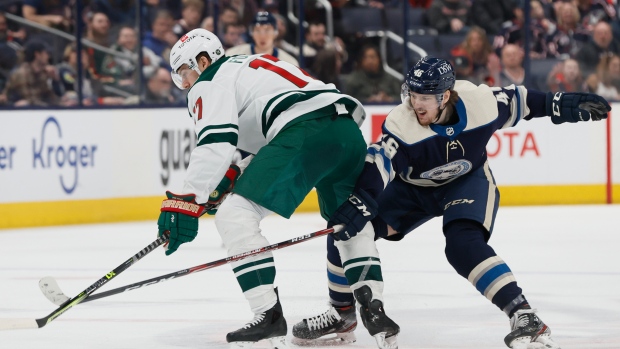 Minnesota’s Marcus Foligno has been fined $5,000, the maximum allowable under the CBA, for Kneeing Columbus’ Jakub Voracek.

Foligno delivered the hit as Voracek streaked down the ice, causing the winger to leave the game briefly before returning in the third period. There was no penalty assessed on the play. The Blue Jackets went on to win the game 3-2.

This is Foligno's second kneeing violation of the season as he was suspended two games last month for a hit on Adam Lowry of the Winnipeg Jets.