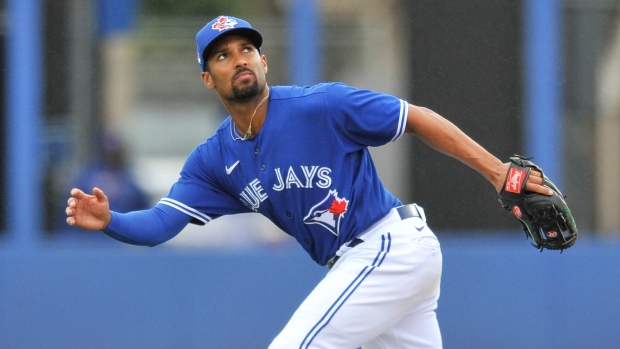 TORONTO — Marcus Semien continues to be rewarded for his strong season with the Blue Jays.

The Toronto infielder won an American League Gold Glove on Sunday for his work at second base this season. It was the 31-year-old’s first time winning the award.

Semien signed a one-year deal with the Jays in the off-season and moved to second base after playing shortstop with the Oakland Athletics.

His defensively sound play at second complimented his record-setting year at the plate.

Semien hit 45 homers this season – a new MLB record for a player who played most of his season at second base. He had 102 RBIs and an MLB-best 86 extra-base hits.

He appeared in all 162 games for the Blue Jays this year.

Last month, Semien was selected Marvin Miller man of the year, given to a player whose leadership inspires others.

Voting is conducted by major league managers and up to six coaches from each team, and they cannot vote for players on their teams.