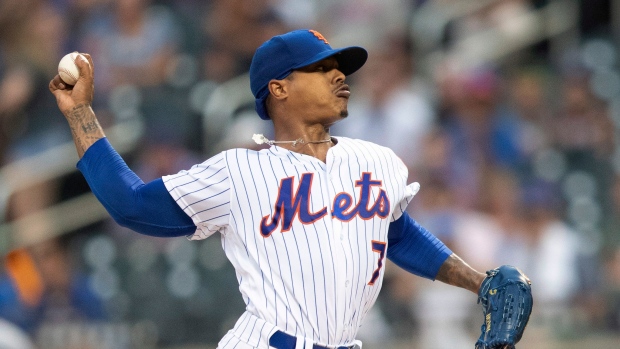 Marcus Stroman was pitching well through four innings against the Cleveland Indians Wednesday night but was removed from the game after four innings.

Marcus Stroman out of the game after four innings for the #Mets with left hamstring tightness.

It was initially thought Stroman may have been dealing with some sort of finger issue but the Mets announced soon after his removal was because of left hamstring tightness.

According to Bob Nightengale of USA Today, Stroman had an MRI which revealed tightness and the Mets say they are not concerned.

Marcus Stroman underwent MRI which revealed simply hamstring tightness and #Mets say they are not concerned.

In 24 starts this season for the Mets and Toronto Blue Jays, Stroman entered play Wednesday with an ERA of 3.21. He was acquired by New York last month in exchange for left-handed pitching prospect Anthony Kay and righty Simeon Woods-Richardson.