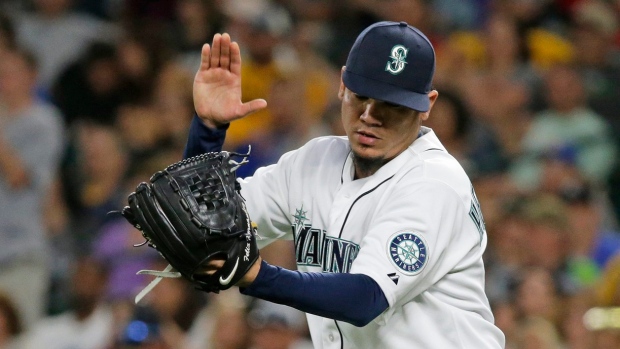 SEATTLE - Austin Jackson's solo home run in the seventh inning broke a 1-1 tie and the Seattle Mariners snapped a seven-game losing streak with a 2-1 victory over the Tampa Bay Rays on Saturday night.

Seth Smith doubled to lead off the fourth inning off Rays starter Alex Colome and advanced to third on a single from Logan Morrison. Willie Bloomquist singled to give the Mariners a 1-0 lead.

Kevin Kiermaier tripled off Hernandez with one out in the sixth inning and scored on a wild pitch to even the game at 1-1. Jackson homered on the seventh pitch against Rays reliever Steven Geltz (1-2) take the lead for good.

This story has been corrected to show the last name of the reliever who gave up the home run is Geltz, not Geitz.