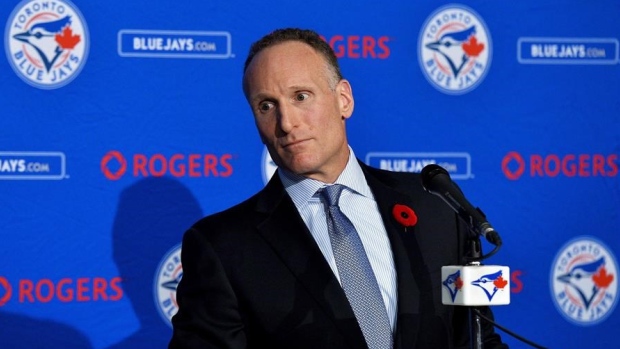 When things go back to normal is anyone’s guess, but Toronto Blue Jays team president Mark Shapiro thinks his team can surprise a lot of people.

He believes that because his team believes it.

"What we felt from guys like Bo [Bichette], Cavan [Biggio], Vlad [Guerrero Jr.], Danny Jansen and Lourdes [Gurriel Jr.] as we went through the off-season was their belief in each other, their belief in our team and their firm belief that their timeframe was not going to be the timeframe that the rest of the baseball world – including us – is probably putting on them," Shapiro told TSN Radio 1050 Toronto Friday evening.

"Their time is now. And I think as Ross [Atkins] and our baseball ops group went through the off-season with the strength and the conviction to make big decisions like Hyun-Jin Ryu founded a lot in their belief in each other. To watch them in spring training it was hard to deny the meaning of that belief."

Shapiro on his expectation for Jays' younger players, MLB hiatus on their agreement with MLBPA

Toronto Blue Jays president and CEO Mark Shapiro joined the OverDrive boys a day after what was supposed to be Opening Day. He touched on the disappointment around the team and the expectations internally for this coming season. Mark also touched on the agreement regarding when MLB can return to play between the MLB and the Player's Union.

While he hasn’t arrived just yet, Nate Pearson is going to be part of that young core. But the COVID-19 situation could conceivably push his development timeline back and just how long is anybody's guess. Shapiro says the Jays are just trying to control what they can control when it comes to the development of Pearson and other prospects.

"Not ideal, but we’re dealing with far greater issues and far bigger matters than ideal player development right now. I think the reality is that it’s an interruption that’s unprecedented that we have no control over," he said.

As for when we could see the Blue Jays – and the rest of baseball – return, Shapiro didn’t have any answers, simply because he says they don’t exist at the moment.

"I can’t give you a bunch of concrete information because I don’t have it. You know, we’re all kind of in the same situation, we’re in an unprecedented situation, we’re in uncharted waters. We’re just doing the best we can to communicate as frequently as we can and we’re connecting at every level from players to coaching staff to front office staff as often as we possibly can," he said.

Opening Day across MLB was originally scheduled for Thursday with the Blue Jays taking on the Boston Red Sox at Rogers Centre.