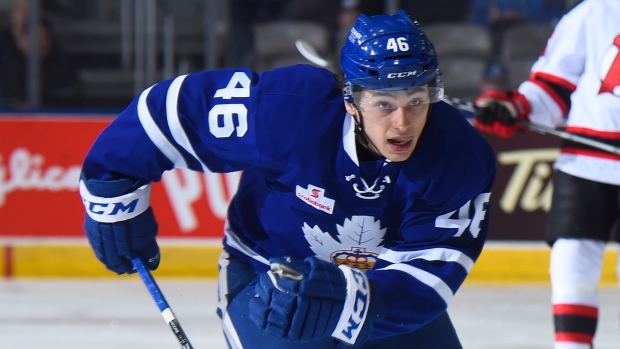 TORONTO — Trevor Moore's power-play goal late in the first period stood as the winner as the Toronto Marlies held on for a 3-2 win over the Syracuse Crunch on Wednesday in Game 4 of their second round American Hockey League playoff series.

Richard Clune and Kerby Rychel also scored in the first for the Marlies, the AHL affiliate of the Toronto Maple Leafs, while Kasimir Kaskisuo made 17 saves for the win.

Adam Erne and Ben Thomas replied for the Crunch. Mike McKenna stopped 12-of-15 shots in 20 minutes of work. He was replaced by Kristers Gudlevskis after the first intermission. Gudlevskis turned aside all 14 shots he faced in relief.

Toronto was 2 for 4 on the power play and Syracuse could not score on its two man advantages.