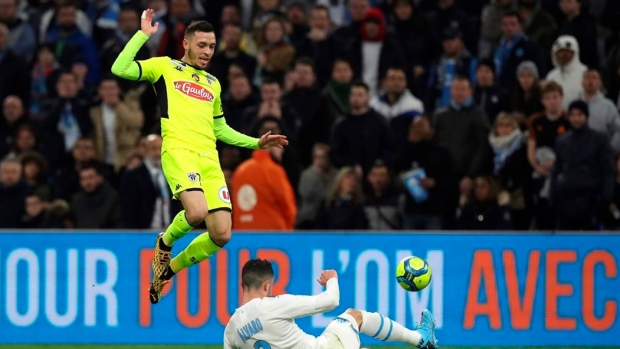 PARIS — Marseille missed the creativity of Dimitri Payet as it dropped points in the race for a Champions League place after being held 0-0 at home by Angers on Saturday in a dull French league encounter.

With Payet suspended, Marseille's attack failed to function and substitute Saïf-Eddine Khaoui had the home side's first shot on target in the 77th minute.

Marseille coach André Villas-Boas accepted his side is clearly weaker without Payet, one of France's best players during its run to the European Championship final in 2016.

“Against a team which defends in numbers, you need dribbling, the final pass or goal, and that's precisely what Payet does," Villas-Boas said. “Barcelona is Messi-dependent, Juve (Juventus) is Ronaldo-dependent and if we are Payet-dependent then I don't have a problem with that.“

In a scrappy first half, a resolute Angers side came closest to scoring through striker Sada Thioub.

Although second-place Marseille extended its overall unbeaten run to 12 games, it missed the chance to increase its lead over third-place Rennes, which drew 1-1 at Nice on Friday and is five points behind.

Defending champion Paris Saint-Germain can move 10 points clear of Marseille at the top on Sunday if it wins at Lille, which beat PSG 5-1 at home last season.

Montpellier moved up to fourth spot with a 2-1 home win against 17th-place Dijon.

Midfielder Florent Mollet put Montpellier ahead in the 56th, two minutes after Dijon had forward Mounir Chouiar sent off. Striker Andy Delort struck midway through the second half before midfielder Mama Balde pulled a goal back.

Senegal striker Habib Diallo headed powerfully home after three minutes as Metz won 1-0 at Reims to steer away from relegation.

Nantes will pay tribute Sunday to Emiliano Sala by wearing a special blue and white shirt representing the Argentina team's colours during its home game against Bordeaux in the French league.

Nantes, which traditionally plays in yellow and green, said that profits from selling the commemorative outfit will go to Sala's former clubs in his native Argentina.

A picture of Sala, who also played for Bordeaux, will be displayed in the centre circle at Stade de La Beaujoire and a minute's applause held.

Sala died after the single-engine aircraft carrying him from Nantes to his new club Cardiff crashed near the Channel Island of Guernsey on Jan. 21 last year.