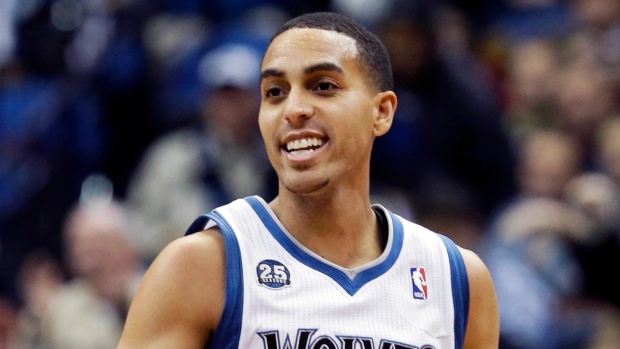 While most of the Minnesota Timberwolves slogged through one last game in a massively disappointing season, Martin went after the Utah Jazz. He scored a season-high 36 points, attacked the rim to get to the free throw line for 10 shots and even came up with a couple of steals before fouling out in a rare show of aggression on the defensive end from him.

Martin was one of the few players on the roster who had a long history with Adelman, having played for him in Sacramento and Houston as well, and he didn't want to see his coach end his career with a loss. Looking back on it now, it was an approach that Martin wishes he would've taken much more often during his first season in Minnesota.

The clarity came after a phone call this summer from Wolves owner Glen Taylor, who signed Martin to a four-year, $28 million contract. With Kevin Love traded to Cleveland and youngsters Andrew Wiggins, Zach LaVine and Anthony Bennett on their way in, Taylor needed Martin to start acting like the accomplished veteran he is and setting a far different tone in practices and in games.

"That's when I really had to get my mind right on what kind of situation I was going to have to be in because in the past three or four years I've been riding these superstars' coat tails — Kevin Love, Kevin Durant, Russell (Westbrook). ... It's been good the last five years.

"Now you're in this role that you have to be that big brother. You know they're going to be looking up to you. So I can't get away with the stuff I've been getting away with for the last five or six years. It's a new challenge, but I accept it and I'm ready to go."

When Martin signed with the Timberwolves, he said he did so in large part because of Love. Martin learned while playing in Oklahoma City with Durant and Westbrook that life was far easier on a player when he isn't the focal point of an opposing defence, when he can just camp out at the 3-point line and wait for the kick-out pass from an All-Star who demands double teams in the paint.

In Minnesota, Martin delivered a solid if uninspiring offensive season, averaging 19.1 points and shooting 38.7 per cent on 3s.

Despite averaging more than five more minutes of playing time per game than he did as a reserve with the Thunder the previous year, Martin only saw his free throw attempts rise by fewer than two per game, a sign that he wasn't being the aggressive, crafty scorer that the Wolves hoped he would reprise while returning to the starting lineup. He didn't rebound. He didn't play defence. And, according to him, he didn't give it his all in practice, either.

"I'm used to playing with a lot of veteran players where we can cut corners in camps and in practices," Martin said, before adding he couldn't afford to do that anymore with so many impressionable youngsters on the Wolves roster. "Just showing them the right way. Be there for every drill I can be there with them. Just take this game very serious and not just rely on our talent to get us to where we want to be."

The call from Taylor woke Martin up a bit. It's the first time he's ever received a phone call from an owner in 11 seasons in the league.

He arranged a 7 a.m. breakfast with Wiggins and LaVine, two dynamic, 19-year-old wing players, and cautioned them to avoid the pitfalls that have ensnared NFL stars Adrian Peterson and Ray Rice in recent weeks.

"I told them if they fail, I fail," Martin said. "I have to keep them on a narrow path, just like people like Bobby Jackson did for me to make me have a successful career."

Martin's efforts were met warmly by the two rookies, who are about to enter a world in which they are wholly unfamiliar.

"I'm going to learn a lot from him," LaVine said. "He's going to take me and Drew under his wing and you know, he's got a lot to teach us."