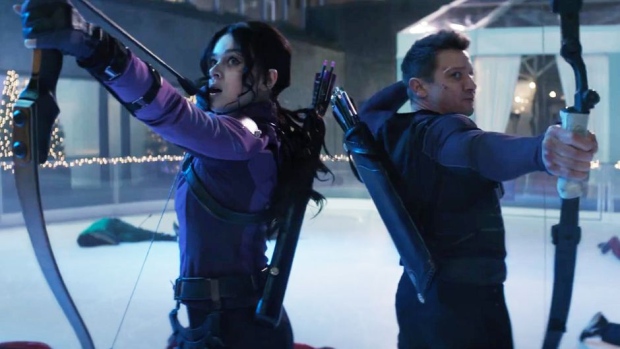 Marvel’s Hawkeye has officially arrived to Disney Plus, with the streaming service debuting the first two of six episodes in the series today.

The new series stars Clint Barton as Hawkeye (portrayed by Jeremy Renner) alongside Hailee Steinfeld as Kate Bishop, a young archer who is taken under Hawkeye’s wing as his protégée. The duo are tasked with defeating the enemies that Barton picked up under his ruthless alter ego Ronin and they have to do so to get home in time for Christmas.

Disney Plus will be releasing one episode of the season every Wednesday, with the exception of releasing two today, until the final episode airs just in time for the holidays on December 22.

Hawkeye is one of the last Marvel projects to release in 2021, and it will be followed by Spider Man: No Way Home on December 17.