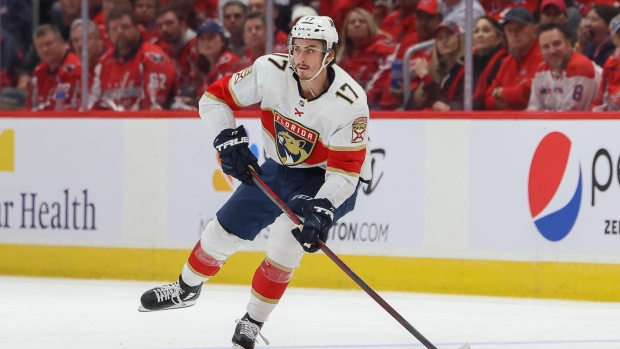 Florida Panthers head coach Andrew Brunette said Friday that forward Mason Marchment is unlikely to be available for Games 3 and 4 of their second-round series against the Tampa Bay Lightning, reports Tom Gulitti of NHL.com.

Panthers coach Andrew Brunette said it doesn't look like Mason Marchment (lower body) will be available for Games 3 or 4.

Then they'll see after that.

Marchment, 26, is dealing with a lower-body injury and has not played since Game 4 of their first-round series against the Washington Capitals on May 9.

His status for the series is expected to be re-evaluated following Game 4.

The Uxbridge, Ont., native registered 18 goals and 29 assists in 54 games for the Panthers during the regular season.

Marchment has tallied one goal in four games so far this post-season.

The Lightning lead the series 2-0.

Game 3 is scheduled for Sunday.