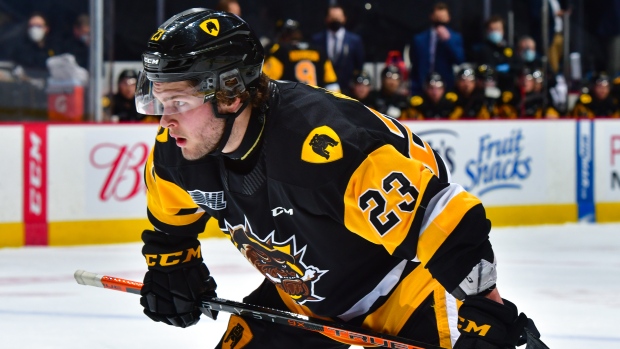 HAMILTON — Mason McTavish scored twice to lead the Hamilton Bulldogs to a 4-2 win over the Mississauga Steelheads in Game 1 of their second-round OHL playoff series.

Ryan Humphrey scored the goal that would stand as the game-winner at 19:32 of the second period as Hamilton jumped out to a 3-0 lead entering the final period and used that to coast to the series-opening victory.

Zakary Lavoie scored at the 6:45 mark of the third period to finally get Mississauga on the board and he assisted on Aidan Prueter's goal with 45 seconds remaining in the game to make the score 4-2, leaving the Steelheads without enough time to properly mount a comeback.

Game 2 between the Bulldogs and Steelheads will go Sunday, once again at FirstOntario Centre in Hamilton.