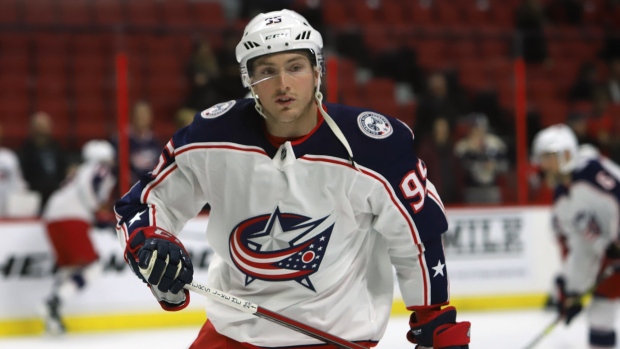 Star forward Matt Duchene, who is slated to become an unrestricted free agent on July 1, met with the Montreal Canadiens on Wednesday and is expected to meet with the Predators in Nashville on Thursday, according to TSN Hockey Insiders Darren Dreger an Pierre LeBrun.

The 28-year-old scored 31 goals and recorded 70 points for the Ottawa Senators and Columbus Blue Jackets this past season.

Duchene was the subject of trade rumours all season right until the day he was moved by the Senators to Columbus in exchange for Vitaly Abramov, Jonathan Davidsson and two draft picks.

He is coming off of a five-year, $30 million contract.

San Jose Sharks forward Joe Pavelski will also become an unrestricted free agent on July 1 and met with the Dallas Stars as well as Tampa Bay Lightning on Wednesday, according to LeBrun. The 34-year-old has talked with several teams over the phone as well.

In fact Pavelski after meeting with the Stars this morning is already in Tampa tonight meeting with the Lightning. There’s potential for a third team visit, I don’t know which team. Plus he’s talked with several teams on the phone this week https://t.co/lvSwbEO3RD

Pavelski scored 38 goals and added 26 assists over 75 games with the Sharks in 2018-19. He has spent his entire 13-year career in San Jose after being drafted by the franchise in the seventh round back in 2003.