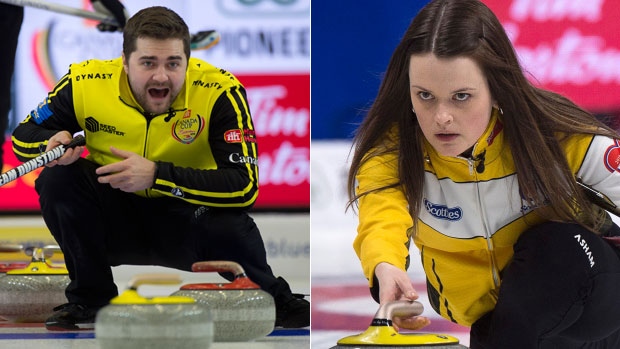 Regina's Team Matt Dunstone and East St. Paul's Team Tracy Fleury are headed to the Canada Cup in Leduc, Alta., later this month as the last two rinks to qualify for the Season of Champions opener.

They earned the last spots in the seven-team men's and women's fields after being the top-ranked squads on the Canadian Team Ranking system thanks in large part to their victories at The Masters on the Grand Slam circuit last month.

Here's how the fields break down:

The Canada Cup - slated to run Nov. 27 to Dec. 1, - will not only see the winning men's and women's team qualify for the 2021 Tim Hortons Roar of the Rings Olympic trials, but they will also earn a vastly increased cash prize.

The top seven men's and women's rinks in Canada will battle it out for a purse that will see the first-place teams receive $40,000 apiece, an 185 per cent increase from last year's Canada Cup in Estevan, Sask.