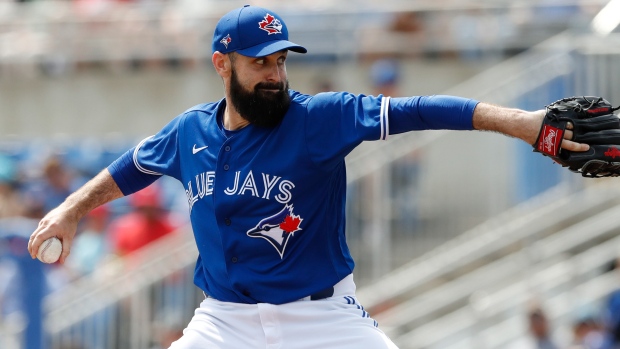 Shoemaker's 2019 season was cut short after a promising start when he tore his left ACL on April 20 in Oakland. The 33-year-old was 3-0 with a 1.57 earned-run average before suffering the injury.

Ty Tice, Thomas Pannone, A.J. Cole, Jordan Romano and Bryan Baker each pitched an inning in relief to combine with Shoemaker on a two-hit shutout.

Travis Shaw opened the scoring for Toronto with a two-run homer off Vince Velasquez in the bottom of the first inning.

Bo Bichette increased Toronto's lead to 3-0 with a solo shot off Velasquez in the bottom of the third.

The Jays doubled their lead with a three-run fourth inning. Jonathan Davis drove in two runs with a double and then scored on a single from Lourdes Gurriel Jr.

Toronto scored three more in the eighth. Alejandro Kirk hit a two-run homer, and Santiago Espinal scored on a Josh Palacios ground out.

The Blue Jays next take on the Tampa Bay Rays on Monday afternoon.

Toronto opens its regular season at home against the Red Sox on March 26.