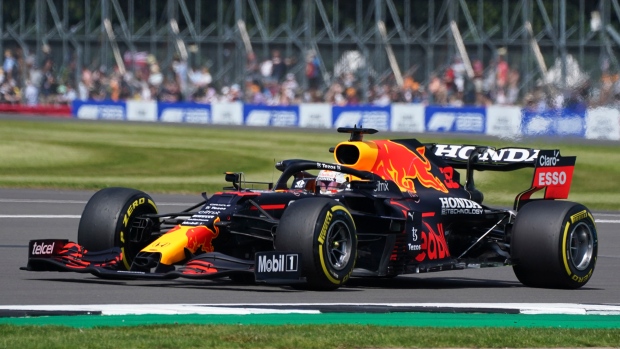 While the battle for the Formula One championship appears destined to go down to the final race of the season, Max Verstappen does have a chance clinch his first career title in Saudi Arabia.

Mercedes star Lewis Hamilton has won each of the past four championships and six of the last seven overall, but a poor result Sunday, teamed with a strong performance from Verstappen, could see his reign at the top come to to an end.

Watch the Saudi Arabian Grand Prix LIVE Sunday with coverage starting at 9:30am ET/6:30 pm PT and watch practice and qualifying coverage throughout the weekend on the TSN.ca Multiplex.

Verstappen enters the penultimate race of the season with a narrow eight-point lead in the driver's standings over Hamilton.

To have any chance at closing out the title race before the final grand prix of the season in Abu Dhabi, Verstappen must secure a top-two finish in Jeddah. Missing the podium has been a rare sight this season for the Dutchman, who has finished outside the top two just four times.

If Verstappen wins this Sunday's Grand Prix and picks up the extra point for fastest lap, he'll claim the title if Hamilton finishes sixth or lower. Without the bonus point, he would need Hamilton to finish no better than seventh.

Hamilton, meanwhile, has a chance to force a tie atop the driver's standings entering the final race of the season if he can win and pick up the fastest lap Sunday with a second-place finish for Verstappen.

The 36-year-old, who has clinched the title race with at least two races remaining in each of the past four seasons, tightened the gap to Verstappen over the past two weeks. He picked up wins in Brazil and Qatar to make up 13 points on the Red Bull driver. That came after Verstappen posted wins in the previous two races in the United States and Mexico.

Overall, the two drivers have finished one-two in each of the past events and 12 of the 20 races this season.

Nico Rosberg was the last driver to beat out Hamilton for the championship, edging his Mercedes teammate by just five points in 2016 despite Hamilton winning each of the final four races.

Along with the driver's title, the constructor's championship also remains up for grabs entering the final two races of the year. Mercedes holds just a five-point lead over Red Bull, who are looking to end the German manufacturer's seven-year reign at the top.