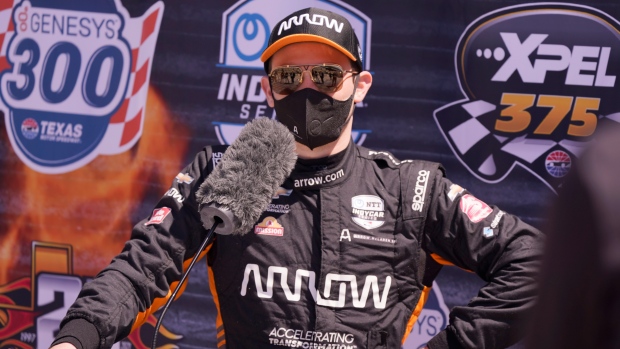 Sounds like @ZBrownCEO is in the mood to make another bet.

If @PatricioOward wins an INDYCAR race this season, what is on the table? 🏎🤩 pic.twitter.com/FBPyq0yqt5

O'Ward secured pole position for the race but finished fourth after running the wrong strategy.

The 21-year-old O'Ward won the Indy Lights series in 2018 and was briefly added of Red Bull's junior driver program in 2019, racing in Super Formula and F2 during his stint with the program.

O'Ward finished fourth in the IndyCar standings last season, his first year with Arrow McLaren SP. He secured four podiums but no wins.