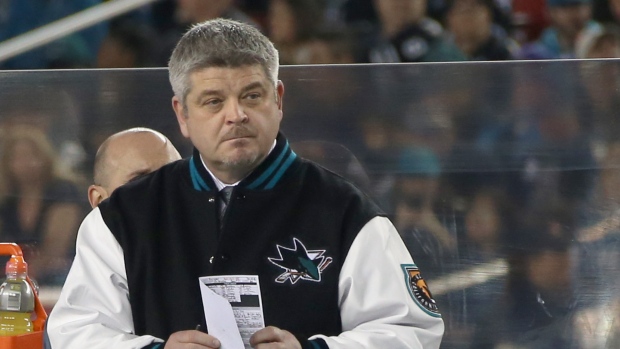 Todd McLellan will be the next Edmonton Oilers head coach.

TSN Hockey Insider Darren Dreger reported Monday that while the deal is not done and there are still details being worked out, McLellan will join the Oilers, with an official announcement set to take place Tuesday at 4pm et/1pm pt.

McLellan who had served as San Jose head coach since 2008-09 left the Sharks by mutual agreement on Apr. 20.

He immediately went to the Czech Republic to serve as head coach for the Canadian team at the 2015 IIHF World Championship, helping lead the nation to its first gold medal at the competition since 2007.

McLellan had been the Sharks’ head coach since 2008-09, taking the reins from Ron Wilson.

He guided the team to first in the Pacific Division in each of his first three seasons as head coach, twice reaching the Western Conference Final. In 540 games as Sharks’ coach, McLellan posted a 311-163-66 record.

The expected addition of McLellan continues what has already been a busy off-season for the Oilers.

Bob Nicholson was named the Oilers’ new CEO on Apr. 20, giving him expanded responsibilities over his previous role as Vice Chair.

The team won the 2015 NHL Draft Lottery on Apr. 18, moving up from the third selection to first overall. The team is widely expected to select Erie Otters phenom Connor McDavid with its first pick on June 26.

The Oilers also named former Boston Bruins General Manager Peter Chiarelli as the team’s new GM and President of Hockey Operations. His hiring likely means a minimized role for former executives Kevin Lowe and Craig MacTavish, both of whom remain within the organization.