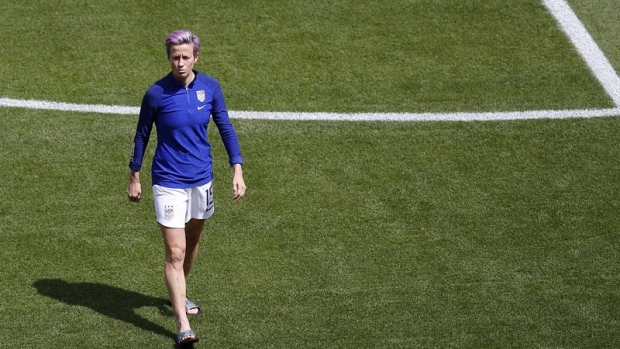 LYON, France — Megan Rapinoe returned to the starting lineup for the United States in the Women’s World Cup final against the Netherlands on Sunday.

Rapinoe missed the 2-1 semifinal victory over England on Tuesday with a minor hamstring injury. She had two goals in each of the previous two games of the knockout stage.

There were concerns that midfielder Rose Lavelle would also be sidelined with a hamstring injury, but she started.

Alyssa Naeher started at goalkeeper for the seventh straight game, and the backline of Crystal Dunn, Becky Sauerbrunn, Abby Dahlkemper and Kelley O’Hara remained unchanged from the semifinal.

Accompanying Lavelle in the midfield was Julie Ertz and Sam Mewis. Alex Morgan was up top flanked by Tobin Heath and Rapinoe.