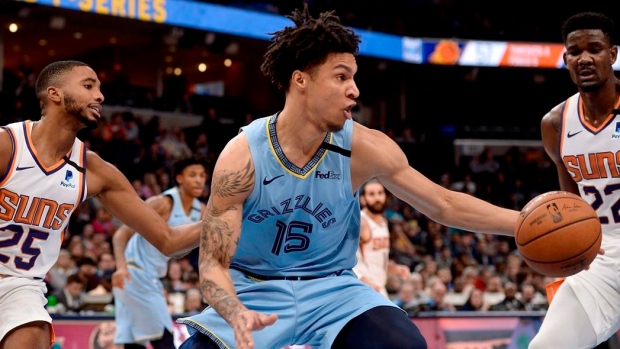 Clarke left Monday night's 124-97 loss to the Los Angeles Clippers after playing only three minutes with what was called hip soreness. The Grizzlies said further tests showed an injury to Clarke's right quadriceps.

The Grizzlies already are without Jaren Jackson Jr. after he sprained his left knee in Friday night's loss to the Lakers and will be re-evaluated within two weeks.

The 6-foot-8 Clarke has appeared in 50 games and is averaging 12 points and 21.7 minutes played. He was the MVP of the 2019 Summer League and the championship game MVP as Memphis won its first Las Vegas summer league title.