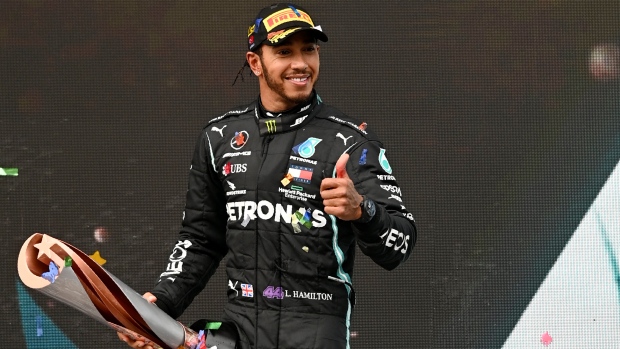 Speaking at Mercedes' online car launch on Tuesday, the 36-year-old said he has accomplished most of his goals in the sport, so he doesn't feel the need to plan too far into the future.

“I’m kind of in a fortunate position where I’ve achieved most of the stuff I’ve wanted to achieve up until this point, so there’s no real need to plan too far ahead into the future," Hamilton said. I think we live in quite an unusual period of time in life and [I] just wanted one year. We can talk about if we want to do more and keep adding one [more year] if we have to.”

He signed a one-year contract extension with Mercedes in February

Hamilton added his upcoming goals are as much off the track as they are on the track.

“The main priority for 2021, in the past it was just about winning championships but ... last year there was a lot of discussion about equality and inclusion and I think there was a lot of talk, this year it’s about pushing for diversity and really making sure that action is taken.

“That’s at the core of the drive for me, but of course, we exist to win. That’s what all these guys and girls here are working towards so that’s my goal: to deliver that.”

2021 will be Hamilton's 15th season in Formula 1 and ninth with Mercedes.