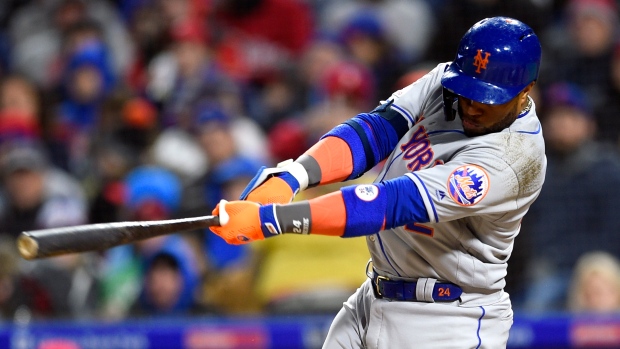 NEW YORK — The Mets have added infielders Robinson Canó and Jeff McNeil to the 10-day injured list, putting half of New York's opening day lineup on the shelf.

Manager Mickey Callaway announced the moves Thursday morning before the finale of a four-game series against the Washington Nationals.

Canó strained his left quad running out a grounder in the third inning of a 6-1 win Wednesday night. He had an MRI during the game, which showed a low-grade strain.

McNeil has a tight left hamstring, which he thinks occurred while trying to steal second base in the ninth inning of a 6-5 win Tuesday. New York hasn't sent him for any image testing, and Callaway and McNeil described the IL move as precautionary.

With its top two second base options out, the Mets expect to shuffle through options at the keystone. Adeiny Hechavarría started there Thursday, but Callaway described it as a "day by day" decision.

Michael Conforto is eligible to return from the seven-day concussion list Friday, but Callaway said he is unsure if the outfielder would be cleared. Conforto has been participating in baseball activities and was set to do so again Thursday, but he will need to be evaluated Friday before a decision can be made.

Outfielder Brandon Nimmo was placed on the 10-day IL with neck inflammation Wednesday, leaving Pete Alonso, Wilson Ramos, Amed Rosario and Juan Lagares as the only position players from the opening day lineup who aren't injured.

Despite the health woes, New York has won three straight over the Nationals, getting key contributions from backups such as J.D. Davis, Carlos Gómez and Hechavarría. Rajai Davis was called up from Triple-A late Wednesday, arrived via Uber from Allentown, Pennsylvania, in the third inning, and hit a key three-run homer as a pinch hitter in the eighth.

"The guys aren't giving up," said Callaway, who got a front office endorsement Monday amid speculation about his job security. "Our depth is really stepping up."

Luis Guillorme and Ryan O'Rourke were recalled from Triple-A Syracuse.