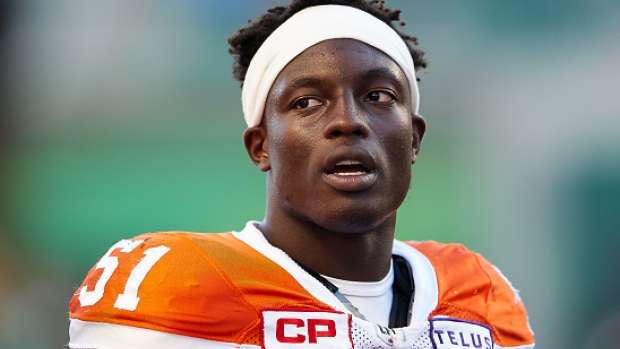 The BC Lions have signed American LB Micah Awe and national DB Jordan Hoover, the team announced on Saturday.

Awe made the Lions squad following training camp of 2017. In Awe's first season as a Lion, he recorded 70 total tackles and a forced fumble in 18 games. In his sophomore season, the Texas Tech product spent time with the NFL's New York Jets but would return to the CFL in August, where he recorded 34 tackles in seven games.

Following his time in BC, Awe signed with the Toronto Argonauts where he registered 44 tackles, an interception, a sack and a forced fumble in 10 games.

During the shortened 2021 season, Awe recorded a career-high 74 defensive tackles and three sacks over 14 games for the Ottawa Redblacks.

Hoover, 29, joins the Lions after spending the last four seasons (2017-21) with the Edmonton Elks. The former fourth-round selection appeared in 66 games for the Elks, recording 133 total tackles and three interceptions.