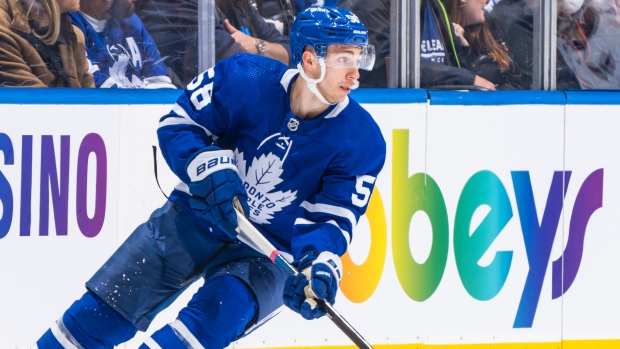 Toronto Maple Leafs head coach Sheldon Keefe confirmed to reporters that forward Michael Bunting will return to the lineup for Game 2 of the first-round series against the Tampa Bay Lightning.

Bunting will dress in place of the suspended Kyle Clifford in the only change from the group the Maple Leafs iced in Game 1.

Michael Bunting will play Game 2 tonight for the #leafs.

Forward William Nylander is fine to play after missing Tuesday's team practice. The 26-year-old revealed that he had been dealing with food poisoning during Game 1, which he believes was the result of "bad sushi."

Bunting, 26, will skate in his first playoff game in Game 2.

"A player like Bunts is made for playoffs," Keefe said Tuesday. "He plays a lot of regular-season games like they are playoff games. That is what makes him successful. He is playing with a higher level of intensity all of the time. That evens out a little bit in playoff time because others bring their game up, but I wouldn't be surprised if Bunts has another level to get to as well."

Bunting, who was injured against the Florida Panthers on April 23, posted 23 goals and 63 points in 79 games during the regular season.