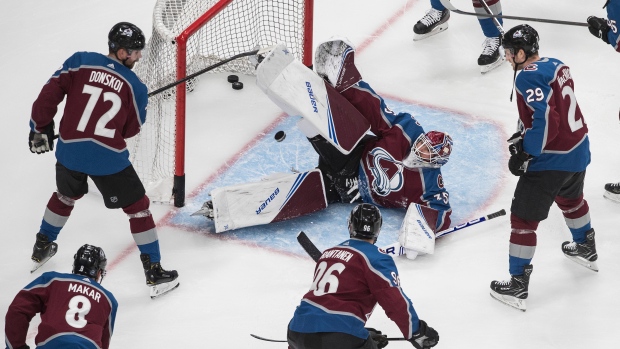 The Colorado Avalanche will start goaltender Michael Hutchinson in net Monday night for Game 5 against the Dallas Stars.

The Avalanche have given up a combined 19 goals across the first four games of the series and will look to avoid elimination Monday.

Hutchinson has not started a game since February but did play briefly in Game 4 on Sunday, stopping all three shots he faced.

The 30-year-old had a save percentage of .888 in 16 regular season games split between the Toronto Maple Leafs and Avalanche.