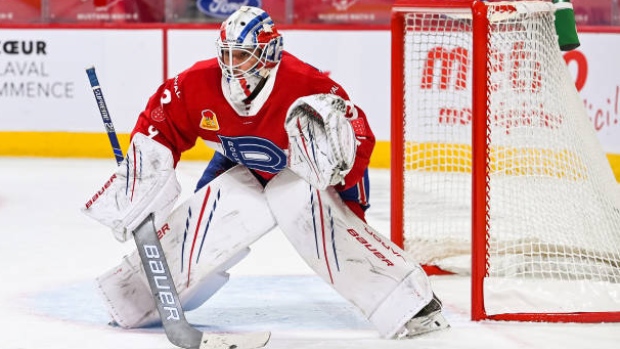 The Calgary Flames acquired goaltender Michael McNiven from the Montreal Canadiens in exchange for future considerations on Wednesday.

The 24-year-old Winnipeg native appeared in one game for the Canadiens this season, an 8-2 loss to the Minnesota Wild on Jan. 25.

McNiven has a 4-4-2 record with an .869 save percentage and 4.04 goals-against average this season with the AHL's Laval Rocket.

The 6-foot-1, 199-pound McNiven was signed as an undrafted free agent by the Canadiens in 2015 after attending the team's development camp that summer.

The Flames have assigned McNiven to the AHL's Stockton Heat