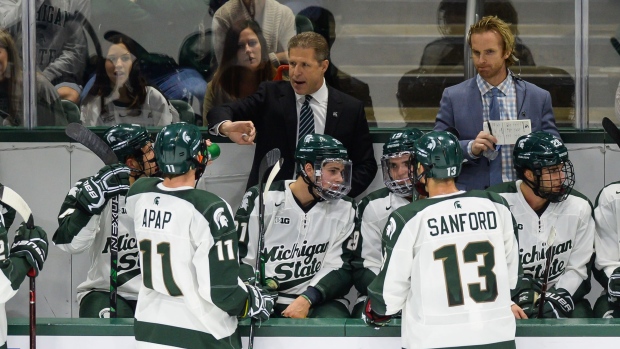 The former Winnipeg Jets and Tampa Bay Lightning winger had been behind the bench in East Lansing for the past five seasons.

"Over the last month, I spent time evaluating where we currently stand as a hockey program," MSU athletic director Alan Haller said in a statement. "It's become clear to me that it's in the best interests of the program to make a change in leadership and begin a new era of Spartan hockey," Haller said. "Danton Cole is a Spartan alum who put his heart into this job and we appreciate his efforts and dedication.

"I believe a fresh start is what the program needs most. We have a proud championship history and a passionate alumni group. With a renovated Munn Ice Arena opening this fall and a renewed commitment to the success of the program, great things are on the horizon for Spartan hockey."

A native of Pontiac, MI, Cole became the Spartans head coach in 2017 after seven years at the helm of the United States National Team Developmental Program.

Over five seasons under Cole, the Spartans have posted a combined mark of 57-96-12 and never progressed beyond the Big Ten quarterfinals.