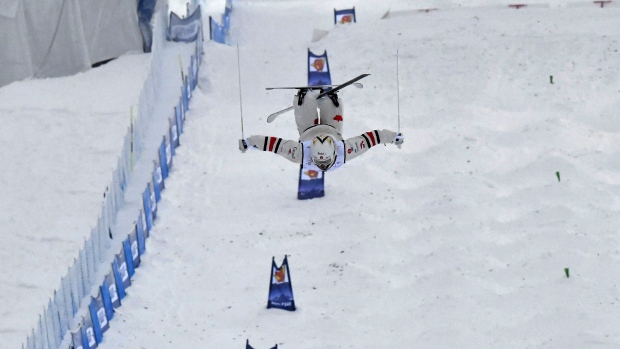 In the grand final, the 29-year-old from Deux-Montagnes, Que., defeated Japan's Ikuma Horishima for his 67th career World Cup victory. He has 95 World Cup podium finishes.

Kingsbury, a gold medallist at the 2018 Pyeongchang Olympics, had to settle for eighth on Saturday, a week after winning the World Cup opener.

"I feel really good, that's for sure," Kingsbury said. "I was disappointed to miss the super final (Saturday). I made a stupid mistake, but that served as motivation to come back stronger and ski better (Sunday). I'm very happy with the way I got back on top today.".

Kingsbury and Horishima were neck and neck through the first part of the course, before Kingsbury opened up the throttle on the second half to lead by 0.03 seconds at the finish line.

"It's always exciting to race against Ikuma -- he's one of the very best skiers in the world and I love competing against him. It's always very close and this race was no exception. It was really amazing," said Kingsbury, who'll head next to the Alpe d'Huez World Cup in France next weekend.

Kingsbury had placed second in the qualifying round Sunday with a score of 83.45, behind France's Benjamin Cavet (83.61).

In the elimination round, Kingsbury first defeated Martin Suire of France in the round of 16, before eliminating Bradley Wilson of the United States in the next round.

In the semifinals, Kingsbury got the better of Elofsson.

Sofiane Gagnon of Whistler, B.C., was the top Canadian woman on the day with a seventh-place finish. Justine Dufour-Lapointe of Montreal was 11th, while sister Chloe finished 13th.