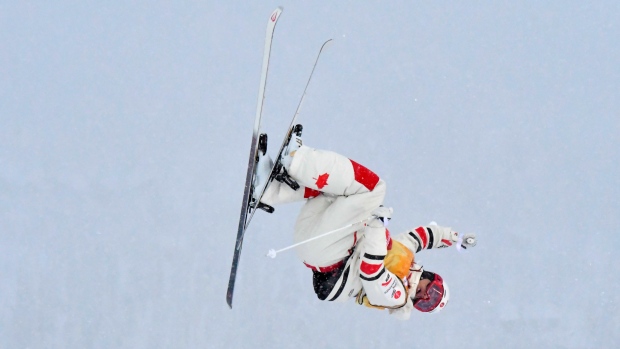 If not for a small error in the super final, his 96th-career podium result might have been golden.

The 29-year-old from Deux-Montagnes, Que., was the last one down the mountain after Japan's Ikuma Horishima posted an excellent score of 87.84, and so Kingsbury said he "maybe pushed a bit too hard."

His unsteady landing on his second jump put an end to his chances at victory, and he finished with 81.34 points.

"(It) was a good experience for me in light of the upcoming Olympic Games. Now’s the time to make these types of mistakes and push myself," Kingsbury said. "I managed one of the best fulls (his first jump) of my career, but I had trouble slowing down, so I had a lot of speed in the bottom section. That’s why I came in big (at the bottom)."

Kingsbury, who won gold at the 2018 Pyeongchang Olympics, missed the podium in moguls last weekend in Sweden, before bouncing back to win gold in dual moguls a day later.

"I'm a bit behind in the (World Cup) standings, but in second, and I like my chances. (Saturday) we've got another day and skiing pretty fast for now. So, it's looking good for duals. And I can't wait for the North American stops where I've had a lot of success in the past."

Kerrian Chunlaud of Sainte-Foy, Que., was 11th in the first final Friday.

In women's competition, only Berkley Brown of Aurora, Ont., made it through the qualifiers. She finished 15th overall.