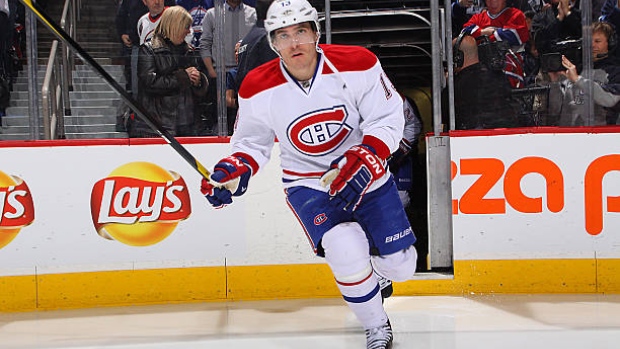 When a back injury began to bother him during the 2017-18 season, Cammalleri wanted a healthier way of easing the pain. That led him to trying Cannabidiol or CBD, the non-psychoactive extract of cannabis, for the first time in his life.

“I think I feel better now than I ever have physically,” says Cammalleri.

An NHL veteran of 906 games that included 294 goals and 642 points, Cammalleri’s career included stints with the Los Angeles Kings, Calgary Flames, Montreal Canadiens, New Jersey Devils and Edmonton Oilers. It was a team doctor who got him a referral to a cannabis doctor, which led to a CBD prescription.

BioSteel Sports Nutrition Inc., the company Cammalleri founded in 2005 with John Celenza, a sports and nutrition executive, recently announced that Canadian cannabis company Canopy Growth is buying a majority 72 per cent stake in BioSteel. BioSteel’s products were originally created by Matt Nichol, former strength and conditioning coach of the Toronto Maple Leafs, after the NHL’s announcement in 2005 on new drug testing regulations.

Now that Cammalleri’s playing days are behind him, the 37-year-old is serving as a co-CEO of BioSteel alongside Celenza and is a daily user of CBD.

“From a business standpoint, we decided that with more due diligence and research we were going to do CBD and have a CBD line of products, being a Canadian company with the cannabis movement in Canada,” says Cammalleri. “We were starting to have conversations, I would mostly say being pursued by cannabis companies, because our brand and authenticity within the sports world in Canada. And so that was kind of the genesis of the CBD conversations. It was a natural evolution for us.”

According to Cammalleri, the relationship between BioSteel and Canopy Growth began at a sports conference in Las Vegas more than a year ago. A salesperson for BioSteel knew some of the employees at Canopy Growth, who expressed an interest in meeting. Celenza met with Canopy Growth in Vegas, which led to a second meeting in Toronto that launched a year-long due-diligence negotiation with Canopy.

“We are ready to go,” Cammalleri says in regards to new product roll-out. “We are playing by the rules like everyone else. We are going to follow legislation, but we are ready to go. We have some fantastic products ready to go to the marketplace and actually we can do some things counterintuitively in the United States that we can’t do here yet. So we are going to have some distribution throughout the U.S., and within Canada we think regulation will allow us to do so sooner than later.”

BioSteel’s flagship product is its sports drink mix and it will be infused with CBD as part of the product release, which doesn’t have an official roll-out date. There are plans to have oils, creams and roll-ons, different formats for how athletes or anybody else would want to use CBD.

He says while the stigma of using CBD in the NHL has dissipated, he knows it still lingers with the general public.

“I think that’s why we did this deal,” Cammalleri says. “I think that the education for the public will come through the authenticity we have in our pro athletes. When people see the best athletes in the world, who are so conscious about what they put in their body and be so careful and safe and being drug tested, and are being scrutinized at such high levels based on their physical performance, and then they are now consuming our products, I would think that very quickly the stigma dissipates in the general population based on that authenticity.”