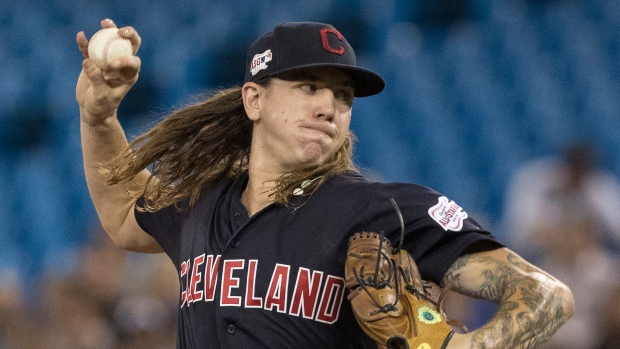 Cleveland starter Mike Clevinger had his say about the fallout of the Houston Astros' sign-stealing investigation and didn't mince words when it comes to what he found to be insufficient punishment from Major League Baseball.

"I don’t think any of those motherf------ should be able to look us in the eye," Clevinger told Momentum. They should feel ashamed."

The most galling thing for Clevinger is that the level of skill the Astros possess should be sufficient enough to succeed without any kind of cheating.

"That lineup – another part of [this] that pisses me off is that lineup is talented enough that I think if they just had the due diligence to do the regular baseball s--- – pick [a pitch] I’m tipping or whatever – they’d do damage," Clevinger said. "You have buddies, that if they knew what was coming, who would be perennial All-Stars in the big leagues, dude."

After five years in the minors, Clevinger permanently reached the majors in 2016. The Jacksonville, FL native says that fans don't see the day-to-day struggles of players trying to stick around in majors that makes the Astros' cheating the more infuriating for him.

"You don’t see guys going up and down," Clevinger said. "You’re not seeing those guys literally work their asses off to finally get a glimpse of that, literally living off of their parents, like taking two different jobs in the offseason, not having to lift at 2am, bro. I’ve been there. I’ve been there. I’ve had to do that. I’ve had to live with my mom ‘til I got to the big leagues. And now you’re telling me that someone could have potentially shortened my career or sent me back down? Made me figure s--- out because they knew what I was throwing when I was in their park? So many guys are only there trying to figure out how I can stay here. What will make me stay here?"

Clevinger says he has no intention of holding his tongue about the matter.

"I’m not going to sit here and be quiet about like somebody blatantly taking millions of dollars and, you know, food off of my table, let other people’s tables," he said.

Clevinger believes the punishment meted out by the league – one-year suspensions to the since-fired AJ Hinch and Jeff Luhnow, the forfeiture of first- and second-round picks in 2020 and 2021 and a $5 million fine (the largest monetary censure allowed by the current CBA) – were entirely inadequate.

While Clevinger's team will meet the Astros in the Grapefruit League in March, Cleveland will have to wait until June 29 to face the Astros for the first time in the regular season.