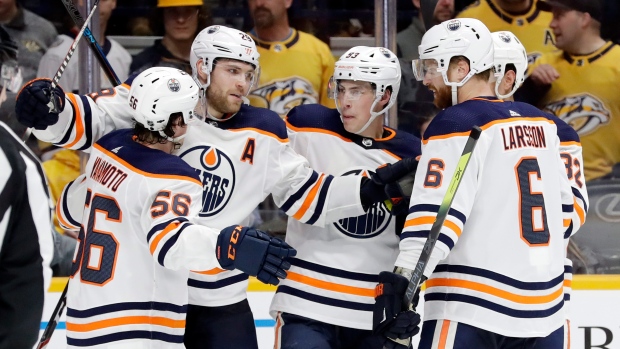 Mike Liut, a former National Hockey League goaltender who is now managing director of Octagon Hockey agency, is sending this message to any player who will listen: review your disability insurance before you return to the ice.

In its May 24 memo announcing health and safety measures for players to return to voluntary small-group workouts, the NHL said COVID-19 would be a hockey-related injury, “unless it is established, based on the facts at issue, that the player contracted COVID-19 or the resulting or related illness outside the course of his employment as a hockey player.”

Liut, whose agency represents about 80 NHL players including Edmonton’s Leon Draisaitl, St. Louis’s Vladimir Tarasenko and Winnipeg’s Patrik Laine, said the memo is an indication that players would still paid if they contract the virus and miss games.

However, Liut said players who contract the novel coronavirus and recover could see their pro hockey careers end if their lungs are affected.

“The risk [for a healthy, young professional athlete] is small, except we don’t know how people react to it and therefore you can’t take a chance of not having coverage,” Liut said in an interview. “The players need to be aware of this and they need to know this is serious. It’s too easy to say this only affects old people. Well, not really. There’s a Broadway guy who got COVID, was on a respirator, had a blood clot and lost his leg.”

(Nick Cordero, a 41-year-old Canadian actor from Hamilton, Ont., has been in a Los Angeles hospital with COVID-19 since March 31. His wife, Amanda Kloots, has said Cordero had no underlying conditions, and that his lungs have become severely damaged to the point where they look “almost like he's been a smoker for 50 years.”)

A number of infectious disease specialists have warned that because COVID is so new to the human population, there isn't data available establishing the risk of long-term damage to the lungs and other organs.

NHL contracts are guaranteed, meaning players are still paid if they have injuries such as concussions or back or knee problems that occur during games.

But many players also purchase disability insurance to cover the loss of long-term earnings ­– contracts that players might never sign if their careers end early because of injuries. A policy for COVID-19 would work the same way.

A person familiar with the matter said more than 350 NHL players have disability insurance coverage and that the rates change depending on a player’s age and injury history. Some players have coverage worth $30 million, the person said.

The NHL has said it wants to have two so-called “hub cities” that each could host a dozen teams for a playoff over the course of the summer.

The league has said isolating players, officials and team and league staff together in a bubble and limiting their contact with those outside the bubble should help prevent the spread of COVID-19 among players and staff.

Liut said he has been advising players with long-term guaranteed contracts that they could be putting those contracts at risk if they were to leave an NHL bubble and contract COVID-19.

“If you were to leave the NHL’s bubble, you would risking your health and your contract, there’s no question,” Liut said. “You get into a fight in a bar and someone gets hurt bad enough, it can cost you your career, just on an immigration issue. Lots of young guys don’t think about things like that.

“Issues like this with COVID will be one of those things players may not consider. If you say you’ve just had enough of this and leave the bubble and they wind up with COVID, you have put themselves at risk of losing their contracts, depending on the degree of breach. If their team is looking to get out from under their contract, you’ve given them an opportunity.”