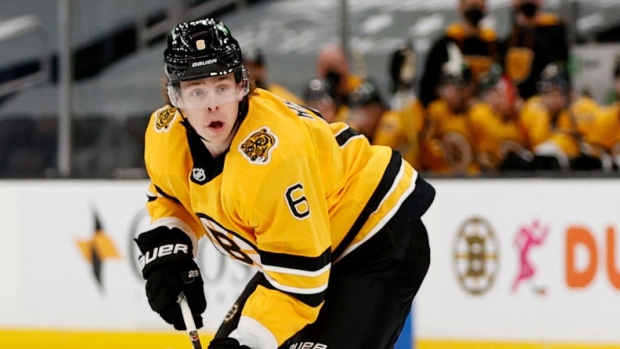 He has indeed, three years, $3M AAV for Mike Reilly in Boston according to a source https://t.co/sFJy08oxLo

The deal carries an annual cap hit of $3 million.

Reilly split the 2020-21 season between the Ottawa Senators and Boston, joining the Bruins just before the trade deadline in exchange for a third-round pick in the 2022 NHL Draft.

Reilly did not score in 55 regular season games but tallied 27 assists, eight of which came after his trade to Boston. The 28-year-old also managed four assists in 11 games for the Bruins in the Stanley Cup Playoffs before they were eliminated by the New York Islanders in six games.

Prior to his time in Ottawa, Reilly spent a trio of seasons with both the Minnesota Wild and Montreal Canadiens.

The Chicago native was selected in the fourth round (No. 98 overall) by the Wild in the 2011 NHL Draft.