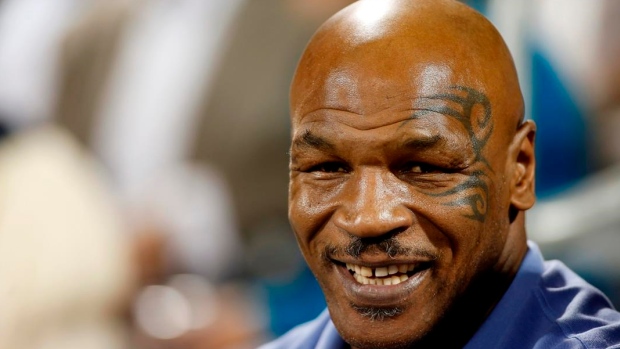 Mike Tyson is back.

According to Kevin Lole of Yahoo Sports, the boxing legend will be coming out of retirement to fight Roy Jones Jr on Sept. 12.

The fight will reportedly be a eight-round exhibition match that will likely take place in California with an undercard that will include boxer vs MMA fighters.

Tyson, 54, last fought in 2005, losing to Kevin McBride after failing to answer the bell for the seventh round.

Recently Tyson set his sights on a fight with Evander Holyfield, a fight that Holyfield was open to.

According to Shams Charania of The Athletic, Former NBA guard Nate Robinson and YouTube star Jake Paul will be fighting on the undercard.

"I wanted to show that I'm a world class athlete, I played college football, played in the NBA for 11 years, and I'm excited for this venture into the sport of Boxing." Robinson wrote, "Jake Paul, I want all the smoke."

Former NBA guard Nate Robinson and YouTube star Jake Paul make it official: They tell me they will be fighting Sept. 12 as an undercard to Mike Tyson vs. Roy Jones Jr. in California. pic.twitter.com/ClEP64JZFp