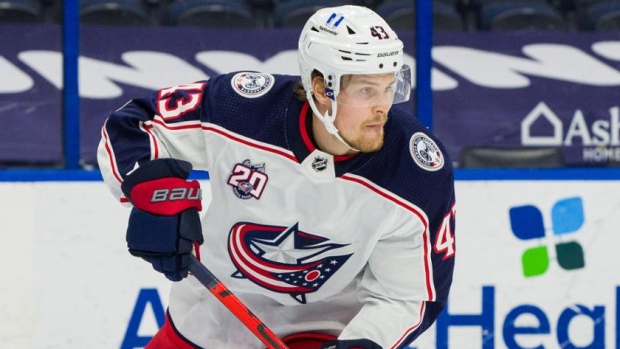 Mikko Lehtonen signs a four-year deal with SKA St. Petersburg in the KHL. He recently refused an AHL assignment from the #CBJ and the sides mutually terminated his $900,000, one-year NHL contract.

Lehtonen recently refused an assignment to the Blue Jackets’ AHL affiliate leading the two sides to mutually terminate the one-year, $900,000 contract they signed in July, making him a free agent.

The Blue Jackets acquired the 27-year-old from the Toronto Maple Leafs in a deal for goaltender Veini Vehvilainen on March 12.

He appeared in 17 games for Columbus after the deal and posted three assists. Lehtonen also had three assists for the Maple Leafs in nine games during the 2020-21 season.