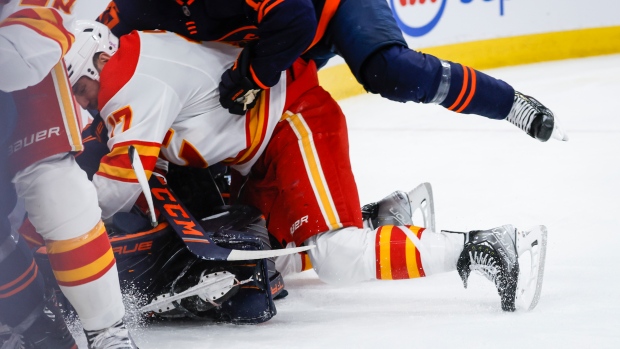 According to TSN Hockey Insider Darren Dreger, the veteran forward will not receive any further discipline from the NHL for the hit.

With 11:30 left to go in regulation and the Oilers leading 4-0, Smith went to play a puck just outside the crease. Lucic ran into him, sending Smith into the endboards and knocking off his helmet. A scrum ensued and Lucic was handed five and a game following a review.

Smith went into concussion protocol and but returned to the ice after a few minutes. Mikko Koskinen briefly took over in net for the Oilers prior to Smith's return.

Before his departure, Smith had stopped all 27 shots he faced. Lucic was a minus-one in 7:47 of ice time. Edmonton went on to win 4-1 behind three goals from Evander Kane and a combined seven assists from Leon Draisaitl and Connor McDavid.

Game 4 will go Tuesday night from Edmonton with the Oilers leading 2-1 in the best-of-seven series.