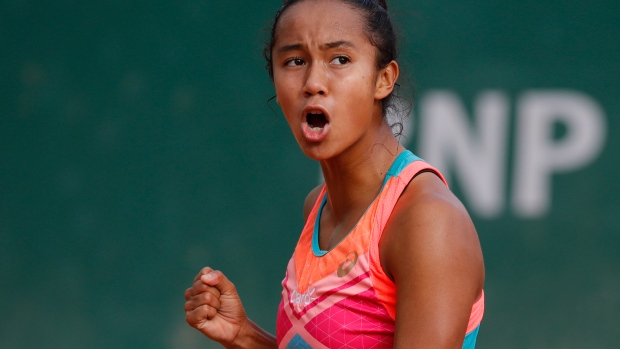 This is the eighth time in Raonic's career that he wins male player of the year. The 29-year-old reached his first Masters 1000 final since 2016 this year at the Western & Southern Open. He also reached the semi-finals in Paris and finished the season with a record of 23-9, moving back into the top-20 in the world rankings. He was also nominated as one of the ATP’s comeback players of the year.

Fernandez, 18, takes home top female player of the year one season after being named junior player of the year in 2019. Her highlights this season include a win over No. 5 Belinda Bencic at the Billie Jean King Cup and her run to the final in Acapulco. She also cracked the top 100 rankings, ending 2020 ranked at No. 88.

Denis Shapovalov and Gaby Dabrowski took home the honours for best doubles players of the year.

Shapovalov ends the season ranked No. 49 in the world in doubles. This year, he reached three doubles quarter-finals this season, in Marseille, New York and Rome as well as the semi-finals in Rotterdam.

Dabrowski finishes in the doubles top-10 for a third consecutive year. She reached three WTA doubles finals this year, in Adelaide, Doha and Ostrava and made to the quarter-finals at both the Australian Open and US Open as well as the semi-finals in mixed doubles in Australia.

Vasek Pospisil wins most improved player of the year, making it to two ATP finals in Montpellier and Sofia. The 30-year-old has been nominated as one of the ATP's comeback players of the year and notably earned victories over David Goffin and Daniil Medvedev as well as fellow Canadians Shapovalov, Raonic and Felix Auger-Aliassime this season.