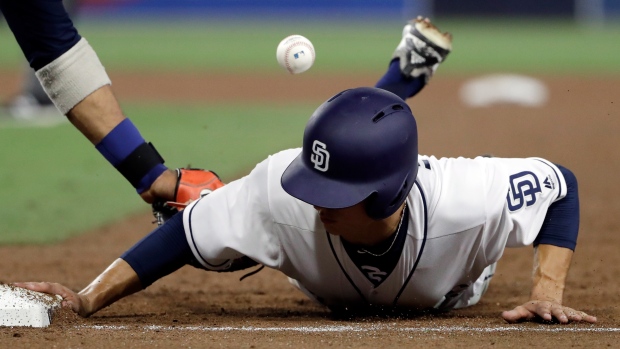 MILWAUKEE — New Brewers shortstop Luis Urías could miss the start of the season after he had surgery Tuesday to repair a broken bone in his left hand.

Urías will be sidelined for about eight weeks. He is expected to make a full recovery with no lingering effects, but general manager David Stearns said he is questionable for opening day March 26 against the Chicago Cubs.

The 22-year-old Urías was acquired in a multiplayer trade with San Diego on Nov. 27. Milwaukee sent right-hander Zach Davies and outfielder Trent Grisham to the Padres for left-hander Eric Lauer and Urías, who made his big league debut in 2018. The Brewers also were slated to receive a player to be named or cash in the swap.

Urías got hurt while playing winter ball in Mexico. He was expected to compete with Orlando Arcia for the shortstop job during spring training.

Urías split 2019 between the Padres and Triple-A El Paso. He had two stints with the Padres, batting .223 with four homers and 24 RBIs.