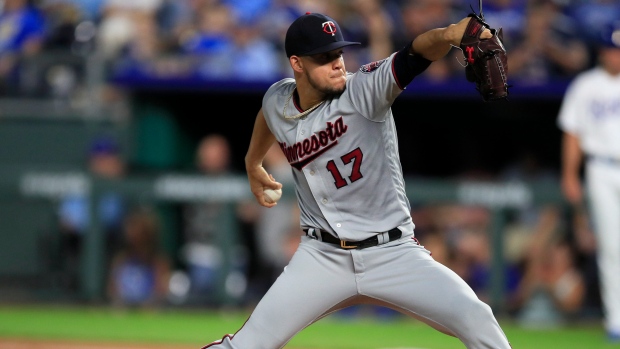 FORT MYERS, Fla. — Minnesota's José Berríos hardly has the frame and look of an overpowering pitcher.

He didn’t even want to be a pitcher until his agent convinced him it was the best option for a major league career, a decision just five months before Berríos was drafted 32nd overall by Minnesota in 2012.

“When I grew up, I didn’t like being a pitcher,” Berríos said Friday. “I liked playing around the field — shortstop, second base.”

Once he dedicated himself to pitching, the 25-year-old used YouTube videos to watch and learn from some of the game’s best.

After that, he started watching others, including Max Scherzer and Jacob deGrom.

He was a quick learner. He made his big league debut in May 2017 and became an All-Star in each of the last two seasons. The baby-faced hurler is the ace who helped the Twins last year to their first division title since 2010.

“For me, it’s an honour and a privilege to be named like that,” he said. “But, at the same time, with all the work I’ve put in to get here, my past six, seven years, now I can start to see the success and, at the same time, I want to keep doing what I’ve been doing and be more consistent with my stuff and take that as motivation to be better every day.”

Berríos was 14-8 last season with a 3.68 ERA, leading a rotation that benefited from Minnesota mashing its way to MLB-record 307 homers. The Twins are looking for similar or better numbers.

“I don’t take it as pressure,” he said, breaking into a slight smile. “I take it as motivation for me. I know a lot of people watch me and they want to follow me.”

Four days after joining the Twins, Kenta Maeda had a bullpen session. His wife and two small children were on the field before he started his workout.

After finishing that, he worked on pickoff moves on the mound in the main stadium, ran the left field track and even threw a football — just once on a short pass to one of the team’s strength coaches — before heading off to sign a few autographs.

“Never thrown a football,” he said through a translator, breaking into a grin.

It’s a practice many pitchers use to work on different rotation for their shoulders. Many relievers do it a few times during the week in the outfield before BP.